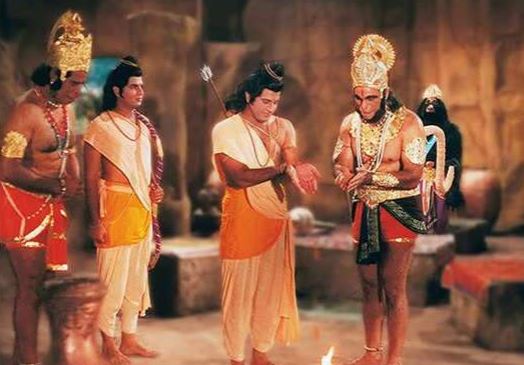 NEWS RAMAYANA
NEW DELHI: Ramayana, TV serial linked to the life of mythological Lord Rama, has emerged as the world’s most-watched television serial. It thus edged out the Game of Thorns as the most-watched TV serial around the globe. Ramayana logged 77million viewers on one day, April 16, Doordarshan, India’s government visual entity, has reported.
The Ramayana serial was originally telecasat in the 1980s, which also led to the rise of a pro-religious wave in India, which helped the Bharatiya Janata Party (BJP) to eventually seize power in successive parliament elections.
BJP is backed by most Hindu organizations, because of its connect with the Rashtriya Swayamsevak Sangh, a social service organization with an avowed Hindutva zeal. Game of Thorns had over 19million viewers on one day, helping it sit on top of the chart for long. IHN-NN
INDIA HERE AND NOW www.indiahereandnow.comemail:indianow999@gmail.com