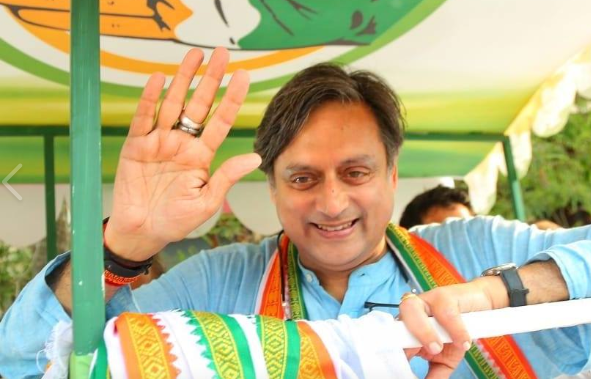 NEWS THAROOR
NEW DELHI: Congress leader and former Union minister, Shashi Tharoor, has renewed his call for organizational elections in the grand old party, and said other partymen too felt the same. Tharoor’s comment came days after the Congress party faced a humiliating defeat in Delhi assembly polls.
“What Sandeep Dikshit said openly is what dozens of party leaders from across the country are saying privately, inclcuding many with responsible positions in the party. I renew my appeal to CW C to hold leadership elections to energise workers and inspire voters,” Tharoor wrote in  a social media comment.
Tharoor in specific said elections should be held also for the Congress president post – a post held between Sonia Gandhi and Rahul Gandhi in recent years.
“Some have asked who should vote & for what. I was referring to my earlier call eight months ago for elections among the 10,000 party workers who constitute the “AICC plus PCC delegates” list. These should be for the elected seats in the CWC as well as for the Party Presidency,” Tharoor added.
Shashi Tharoor, a former UN under secretary, is among the popular Congress leaders, and he is among the rarest of the rare who commands integrity in public life, and not corrupt. He is facing a case in relation to his wife Sunanda Pushkar’s death, and there are those who use this as a stick to beat him with. However, the electorate in Kerala’s capital Thiruvananthapuram re-elected him with a substantial margin in the last Lok Sabha polls too. Tharoor’s views are heard with rapt attention in Parliament, and he is also among the parliamentarians who talk sense during discussions on various topics.—IHN-NN
INDIA HERE AND NOW www.indiahereandnow.comemail:indianow999@gmail.com