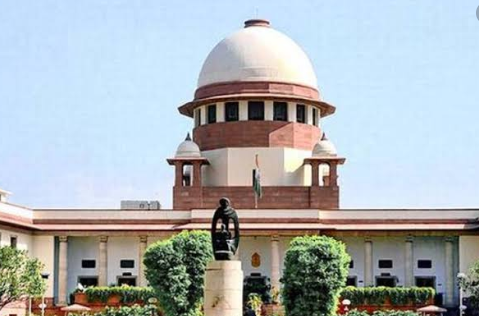 NEWS CITIZENSHIP SUPREME COURT
UPDATE: The Supreme Court refused to effect a stay on the Citizenship Amendment Act, and gave four weeks’ time to the Centre to file its response. The Centre was expected to come up with its response today, but didn’t and sought more time, after which the four-month time was granted. This meant, the apex court sees no hurry to intervene in the matter. –IHN-NN

FIRST REPORT
NEW DELHI: The Supreme Court will take up for preliminary hearing a heavy set of petitions against the controversial Citizenship Amendment Act, passed by Parliament in the last session which is seen as ‘discriminatory’ and hence anti-Constitutional. There, in all, are 144 petitions, filed by various Muslim organisations as also political parties like the Congress, the CPIM, the CPI, the DMK, Indian Union Muslim League, the All India Majlis-e-Ittehadul Muslimeen of Assaduddin Owaisi, MP.
A three-judge bench led by Chief Justice SA Bobde would hear the petitions. The central objection to the new law is based on a provision in the bill which aims to grant citizenship to various communities from Bangladesh, Afghanistan and Pakistan, but excluding Muslims. This is seen as religiously discriminatory, but the government says its aim is to help those who faced religious persecution in these countries, which are Muslim nations, and hence Muslims do not come under its purview.
A problem that the government tries to address is also to facilitate grant of citizenship to large numbers of Hindus who landed up in some of the Indian states like Assam, West Bengal etc in the past many years. At the end of a Supreme Court monitored exercise in Assam, styled as National Register of Citizens (NRC), some 19 lakh people in the state have been found to be illegals, part of them Hindu and part Muslim.
A similar exercise is contemplated nationwide now, and its impact will be felt largely in West Bengal, where large masses of Hindus and Muslims have come in and set up home in the past five decades after the uprising against Pakistani rule in what transformed into Bangladesh in the 1970s.
Some of the Opposition-ruled states have been resisting the National Population Register (NPR) data collections from the people – done by the Centre through employing staff drawn from state government services – and parties like the Congress, the CPIM wants to side with Muslims, a major vote bank for them. Muslims are openly pitted against the ruling BJP, as it is seen as a pro-Hindu party. –IHN-NN
INDIA HERE AND NOW www.indiahereandnow.comemail:indianow999@gmail.com