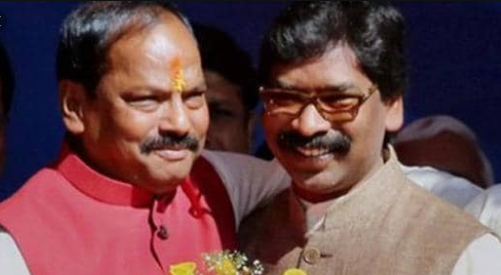 NEWS JHARKHAND
NEW DELHI: The Bhartiya Janata Party (BJP) swept the Lok Sabha polls in Jharkhand earlier this year, winning 12 of the 14 seats. Yet, it lost power in the assembly elections held this month. Equally worse, chief minister for the past five years, Raghubar Das, was defeated by a party rebel and former colleague Sarayu Roy in Jamshedpur East constituency. The BJP has egg on its face.
One obvious reason was the BJP’s failure to keep up the alliance it had with the All Jharkhand Students Union (AJSU) which has considerable local support but not enough to win many seats on its own. The Jharkhand Mukti Morcha (JMM) which formed an alliance with the Congress and the RJD of Bihar strongman Lalu Prasad, tasted success and emerged as the single largest party with 30 seats in a house of 90.
Raghubar Das failed to keep the party united behind him. He had an arrogant style of functioning from the very start. This led to dissidence despite the support he got from central BJP leadership including PM Modi and Amit Shah. Raghubar Das, the first non-tribal chief minister in the state formed since the year 2000, failed to care enough for the tribals. He did too little in two critical fields, namely education and health. The poor suffered as a result of the lack of sufficient funding for the health sector. Tribals form nearly 30 per cent of the population of Jharkhand.
A lathi-charge on more than 70,000 para teachers demanding regularisation of their service in 2018, on formation day of Jharkhand in November, and bad treatment meted out to more than 25,000 Aganwadi workers demanding a raise in their wages, did not go down well with the masses, media reports noted.
The health infrastructure in the state has almost collapsed, leading to widespread resentment against the government. A doctor working in Rajendra Prasad Institute of Medical Sciences, Ranchi, was quoted in a media report as saying, “No doctor was inducted in RIMS for a long time.
The state was rocked by a series of mob lynching incidents, creating fear in the minds of people. This also alienated the tribal votes from the BJP. “If the party had taken a bold decision to name a tribal chief minister such as Arjun Munda, the party may have faired better,” a social activist was quoted by IANS news agency as saying. It added: Dilution of tenancy and land acquisition laws did cause a lot of resentment among the tribal people, leading to fear that it would be easier to acquire tribal land in the state.” IHN-NN
INDIA HERE AND NOW http://www.indiahereandnow.com email:indianow999@gmail.com