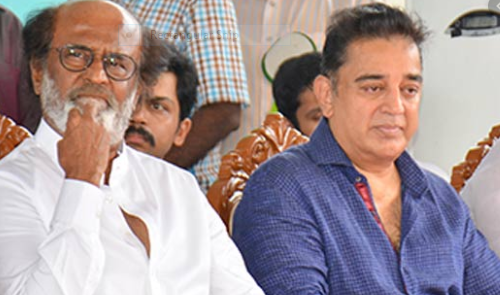 NEWSLETTER TAMIL NADU
CHENNAI: The political chessboard is getting ready in Tamil Nadu for the next major political game – the 2021 Assembly polls. The ruling All India Anna Dravida Munnetra Kazhagam  (AIADMK) is currently planning strategy to ensure its continuation in power after the polls. The Dravida Munnetra Kazhagam(DMK), led by MK Stalin, has also begun preparations for the polls more than a year ahead. DMK will be facing an assembly poll without the party patriarch M Karunanidhi being around, for the first time, and under the leadership of his son Stalin. Both the sides, however, are worried over a likelihood of them being upstaged by a new political force — of matinee idols Rajinikanth and Kamal Haasan.

The DMK failed to win power in the last two assembly polls – in 2011 and 2016 — in both of which J Jayalalithaa’s AIADMK won a majority of the assembly seats. The next time, in 2021, the AIADMK will fight the polls without its most-prominent face –that of J Jayalalithaa, who passed away towards the end of year 2016. She had won the admiration of the poor by a series of welfare schemes, or doles, which helped her retain her support base. Also, the powerful Brahmin segment of the population quietly but firmly backed her. With her demise in 2016 end, the AIADMK took a major hit. The party split thereafter, and Jayalalithaa’s close aide VK Sashikala was put in jail in a disproportionate assets case linked also to Jaya, and her nephew Dinakaran fought with the AIADMK leadership and formed a new regional political outfit.

Stalin had started his political innings as the Mayor of Chennai, ably backed by his father. Now, his father dead and gone, Stain is both hopeful and wary. The DMK swept the 2019 Lok Sabha polls in the state with the exception of just one seat, Theni, which went to the AIADMK. In normal course, this should have been the hint as to which way the wind is blowing of late. But, a reverse scenario was witnessed in the assembly bypolls in the state so far – held in some 25 seats; and the AIADMK managed to outwit the DMK in these elections. This is a matter of worry for Stalin, who hopes against hope to wrest power in the 2021 polls and become Chief Minister — as his father did repeatedly when he led the DMK party.

The DMK and the AIADMK ran governments alternately since 1962 in Tamil Nadu, the central turf for Dravidian politics in the South. AIADMK was led initially by matinee idol MG Ramachandran, whose demise in 1987 led to a brief assumption of power by his third wife VN Janaki, an actress, but only to be ousted by MGR’s “second wife” and actress Jayalalithaa, who was general secretary of the party.

MGR was originally with the DMK, but developed animosity to its leader Karunanidhi, and around 1975 formed his own party, the ADMK, which later changed its name to AIADMK. MGR was chief minister for a 10-year-period between1977 and 1987. Notably, MGR raised allegations of misuse of party funds by Karunanidhi, and got expelled from the party.
MGR drew crowds to him by his acting skills, and Karunanidhi by his oratorical skills. His speeches were a literary treat to the common man.
Jayalalithaa seized the AIADMK under her grip, became chief minister in 1991. With periodic disruptions and assumption of power by Karunanidhi, Jaya was in power till 2016.
Jayalalithaa died while as chief minister and after weeks of hospitalization. She was succeeded effectively – bar brief interruptions – by Edappadi K Palaniswami who remains in the CM post, with another veteran O Panneerselvam as his deputy chief minister. His government is not very popular, but the party managed to win almost all assembly bypolls so far. There either was the heavy use of money power or caste calculations were in the AIADMK’s favour. This also held back Stalin’s plans to pull down the government. 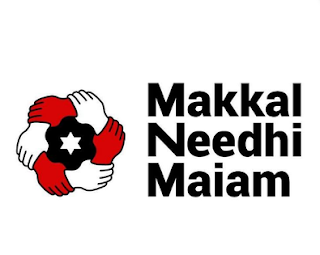 The unpredictables are one too many for the 2021 assembly hustings. Two prominent matinee idols are set to enter the fray. Kamal Haasan has already announced his party, the Makkal Needhi Maiam, and is active in politics, while the most revered figure in Tamil filmdom, Rajinikanth is all set to enter politics. Both have their fan clubs to take the fight forward. This aside, Kamal Haasan is expected to get the backing of the Brahmins; and Rajinikanth substantial Dravidian (OBC) support. Question is, between Rajini and Stalin, who would upstage whom? Popularity-wise, Rajini must; but Stalin’s strength is the traditional organizational strength of the DMK. It is likely that Rajini and Haasan might join hands and fight the polls as a separate bloc.
The Congress and the BJP do not count much in Tamil Nadu, a state where regional and Dravidian spirit runs high. –IHN-NN
INDIA HERE AND NOW www.indiahereandnow.com email:indianow999@gmail.com