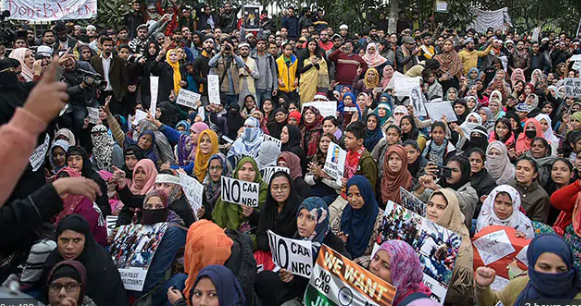 The Leftists and other anti-BJP, anti-Modi activists of various hues are out to fish in troubled waters. They worked from behind to fuel the protests initiated by some Muslim groups. The Modi government is handling the issue with a mix of restraint and sternness. Yet, some six deaths were reported in violence as also police action. The Congress party acted with some caution, considering its voter base cutting across all communities. Several regional political parties are planning state-level protests in the coming days, in a clear show of support to a “Muslim cause.” –Agencies, IHN-NN
INDIA HERE AND NOW http://www.indiahereandnow.com email:indianow999@gmail.com