Skip to content
NEWS INDIA EUROPE MURALI
UNDATED: Union minister of state for external affairs, V Muraleedharan, visited the Swami Narayan temple in London as part of his current European tour. After the visit, the minister noted that this shrine occupied a prominent place in the minds of the people in the UK and beyond. It was here that Prime Minister Boris Johnson concluded his election campaign this time, which ensured him a major win.
The temple is noted for its marble and wood carvings, the minister said. The 3-D Image display at the temple helped spread awareness about Hinduism and the culture of Bharat, he added.

One of the main interactions that the minister had in London during his visit was with Tariq Ahmed, foreign minister of UK for the CommonWealth, UN ad South Asia regions, Muraleedharan said, adding he held discussions on bilateral matters between the two nations. “Britain is nearing Brexit,” the minister said, and in this context, we discussed the evolving trade relations between the UK and India, the minister said.
The minister also extended an invitation from Prime Minister Narendra Modi to British PM Boris Johnson – a good friend of Modi – to visit India at the earliest in his present term. A matter that came up for discussion between the two minsters was the possibility of liberalization of visa facility for Indian students to do various higher education courses in the UK.
Tariq Ahmed stressed that the Kashmir issue and other issues between India and Pakistan should be resolved bilaterally, and not to be dragged to international fora. 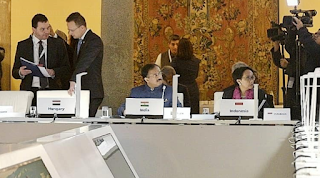 Earlier, the minister held discussions with ministers from various countries at a foreign ministers’ meet held at Madrid in Spain. Muraleedharan expressed India’s appreciation of their support to India on Kashmir and other issues.

Ministers from 51 nations in Asia and Europe participated in the 14th annual conference got up by the grouping called ASEM. The meet discussed about better cooperation between member nations, and between nations of Europe and Asia. They also discussed the UN’s Development Goals, Climate, problems related to terrorism,  poverty elimination etc.

The minister also visited the Canary Islands in the Atlantic Sea, some 1800km away from Madrid. Muraleedharan was the first Indian minister to visit the Islands. Some 8,000 People of Indian Origin (PIOs) live on the islands, where the minister unveiled a statue of Mahatma Gandhi. It was set up by the Hindu Cultural Centre there.

The minister also was scheduled to attend the550th birth anniversary events of Sikh religious founder and First Guru, Guru Nanak, in London. The minister hailed the life and times of the Sikh Guru. –IHN-NN 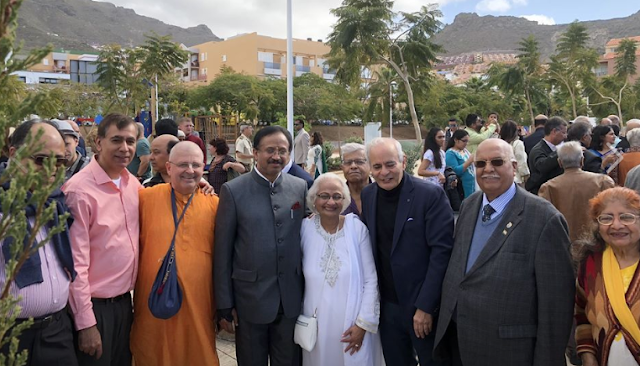 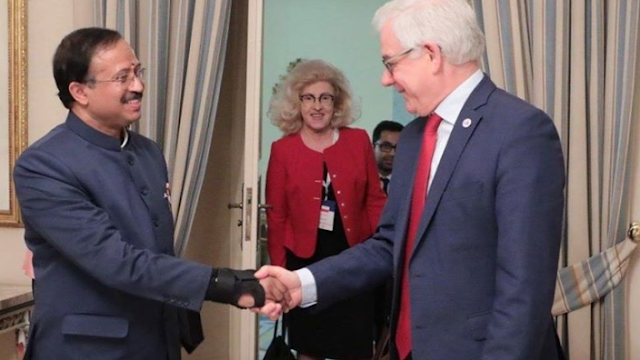 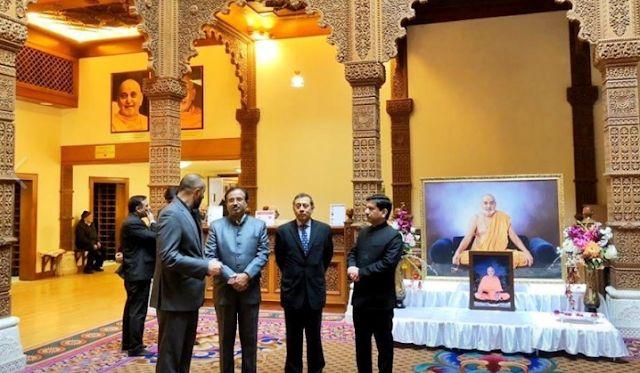