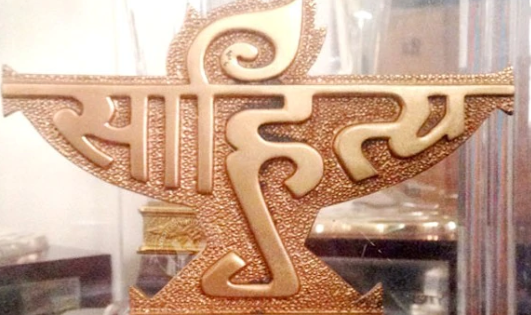 NEWS AKADEMI
NEW DELHI: Kendra Sahitya Akademi awards this year go to as many as 23 writers in various fields. Writer, ex-UN diplomat and MP, Shashi Tharoor, Tamil novelist Cho Dharman, Kannada litterateur Dr Vijaya, Nand Kishor Acharya (Hindi), Malayalam poet Madhusoodanan Nair and Telugu writer Bandi Narayana Swamy are among the awardees. The awards were announced this week for works published between January 1 2013 and December 31, 2017.
Among the other winners are: Novelist Joysree Goswami Mahanta in Assamese language and L Birmangol Singh in Manipuri language.
Tharoor won the award for his book, An Era of Darkness: The British Empire and India. Dr Vijaya, who too got the award in non-fiction category, won it for her autobiography in Kannada language, titled Kudi Esaru.
Tamil litterateur Cho Dharman and Telugu writer Bandi Narayana Swamy won the awards in Novels category, for Sool and Septabhoomi respectively. Dharman’s book is based on environment while Swamy’s novel is based on the history of Rayalaseema.
Among poets, V Madhusoodanan Nair won the award for his book Achan Piranna Veedu (Home where my father was born). Pukhan Ch Basumatary won award for Bodo, Nand Kishore Acharya (Hindi), Nilba A Khandekar
Madhusoodanan Nair who published his first poem anthology, Naranathu Bhranthan in 1992, won the Akademi award for Achan Piranna Veedu this year. A retired Professor from Kerala’s St Xavier’s College (Thiruvananthapuram), he is also the recipient of several awards including the Kerala Sahitya Akademi award, Asan award, Kunju Pillai award, K Balakrishnan award, RG Mangalam award and Souparnikatheeram award.


The awards carrying a copper plaque, shawl and Rs 100,000 in cash will be given away on February 25, 2020, at the Akademi’s Festival of Letters.
SHADOW OF SCANDAL

This year’s award declarations were overshadowed by a sex scandal, in which Akademi secretary K Sreenivasa Rao was accused by a temporary woman staff that he made sexual advances to her.
The matter became public after she filed a police complaint last month. Sreenivasa Rao has been secretary of the Akademi for the past eight years.

Rao allegedly offered to make the woman a permanent staff if she gave him physical pleasure. –IHN-NN-IHN-NN