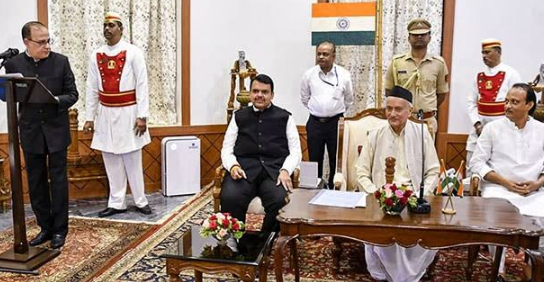 NEWS SC MAHA
NEW DELHI: The Supreme Court said it will issue an order on Tuesday morning, on the contentious issue of formation of a new government in Maharashtra by BJP leader Devendra Fadnavis as chief minister. The court was considering petitions filed by the Congress, the Shiv Sena and the NCP against the swearing in of Fadnavis on Saturday in a dramatic development by governor BS Koshyari.
In its response to the petition, the Union Government told the court of Justices NV Ramana, Ashok Bhushan and Sanjiv Khanna that the governor has, exercising his discretionary powers, invited the largest party to form government on November 23. However, Solicitor General Tushar Mehta told the court the governor was not supposed to do things in a casual manner by not properly ascertaining which party or alliance has the assembly majority to form government. IHN-NN
INDIA HERE AND NOW www.indiahereandnow.comemail:indianow999@gmail.com