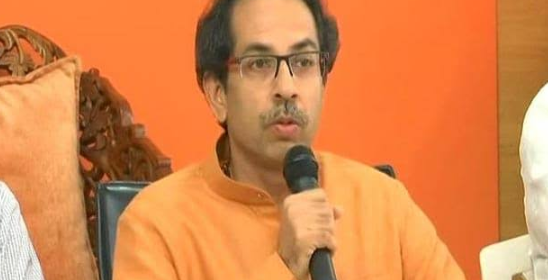 NEWS MAHA MINISTRY
MUMBAI/NEW DELHI: Attention focussed on a Congress-NCP meet on Wednesday to discuss the possibilities of an alliance formation in Maharashtra, where an assembly poll verdict threw up a hung house, with no party gaining the majority to rule the state. Curiously, the Shiv Sena will not be invited to the alliance talks by the Congress and the NCP — both of which cannot form a ministry without the Sena’s support as per the game of numbers in the assembly.

Significantly, RSS chief Mohan Bhagwat said in  a cryptic remark on Tuesday, at an RSS event in Nagpur, that “greed is not a good trait” in anyone. The reference was to the power tussle between the BJP and the Shiv Sena.

Sharad Pawar, who held a meeting with Sonia Gandhi in New Delhi on Monday, was non-committal about his party’s future plans. The NCP had fought the polls in alliance with the Congress, and fetched more seats than the Congress — 54 against the Congress tally of 44. The Shiv Sena has 56 MLAs while the BJP remains as the single largest party with 105 seats. Indications are that Sonia Gandhi has advised Pawar to pause for a while. She said she was still to make up her mind about an alliance with the Sena.

Reports on Tuesday said the Shiv Sena is fed up of the games being played by Sharad Pawar, who refuses to give much of an ear to the Sena or its leader Uddhav Thackeray. Pawar surprised the Shiv Sena leadership by saying after his meet with Sonia Gandhi that the two did not discuss anything about an alliance with the Sena. So much so, Uddhav does not know whether to cry or laugh at the slot he has put himself in.

What is speculated is that the Congress support to the new government is conditional to the premise that the Shiv Sena will not be running the government with its own CM. Else, word will spread that the Congress is backing a Sena government. Instead, if Pawar is willing to be the CM and if the Sena also participates in the ministry, this could be fine with the Congress. Pawar himself might be waiting for such a turn of events, as per some Congress sources.

Congress sources say Sonia Gandhihas not given her last word on a support to a government in which Shiv Sena is a participant. She is wary of the Muslim anger turning against the Congress. Shiv Sena is seen for long to be out and out against Muslims, worse than the attitudes displayed by the likes of the Vishwa Hindu Parishad vis-a-vis Muslims.

Meanwhile, the Shiv Sena is reportedly weighing the options for a return to the NDA fold. Word went to the BJP that the Sena would be willing to return to NDA if it is assured of a 50:50 sharing of the minister posts. BJP does not want to reply to this.

With both the Congress and the NCP expressing reservations over giving the CM post to the Sena, Uddhav Thackeray feels no good would come to the Sena if it allied with the Congress-NCP. Chances, his aides fear, are that the BJP will pull down the government by engineering defections in a matter of a couple of months. The Shiv Sena, in the event, could even face a split. Also, being out of the NDA meant loss of power in Delhi too.

The Brahin Mumbai Municipal Corporation elections are due in 2022, by which time, the BJP is keen on taking the upper hand in the civic body. Breaking up the Sena is the best way forward, though the BJP has not contemplated such a plan as of now.

The present scenario too suits the BJP.  Reason why the party and its chief Amit Shah are cool as cucumber. President’s rule translates itself into central rule, or rule by proxy by Amit Shah as Union Home Minister. He will use any chance to needle the Shiv Sena in particular, since the BJP suffered for long the Sena’s muscle-flexing. Sena’s traitor-like disposition now, after fighting the assembly polls hand in hand, will not go unanswered, say some BJP sources. What Shah might attempt, sooner or later, could be to split the Sena into two or three pieces. Uddhav Thackery, sources say, is mortally fearful of such a grim prospect.

Uddhav has called a meeting of his party legislators and senior leaders to take stock of the situation, on Friday.  The Sena is still hopeful of forming a ministry with a Shiv Sainik as Chief Minister. When a close associate asked Sharad Pawar about this in New Delhi on Monday, the veteran of many a battle simply winked at him. “His face was otherwise expressionless,” this associate revealed to some media personnel later.

Feelings are that Sharad Pawar is playing his own game, with its heat turning more on Uddhav.  IHN-NN