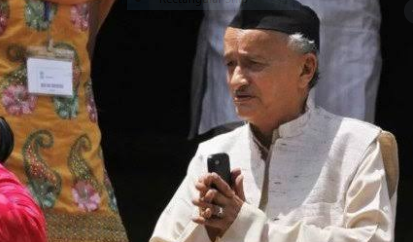 NEWS MAHA NCP
MUMBAI: In a sudden twist to the political tale in Maharashtra on Monday night, Governor Koshyari extended an invitation to the Nationalist Congress Party (NCP) of Sharad Pawar – the third largest party in assembly – to try and form government in the state. This came after the Shiv Sena, which was brimming with confidence in the last two days, reported to the governor that it needed two more days to stake claim for government formation. The governor rejected the plea and turned to the NCP side.
The governor, a former RSS functionary, had invited the BJP with 105 members in the 288-member assembly first, and it shied away from the offer, saying it did not have the required numbers as its ally the Shiv Sena threw in a tantrum. Then, the governor gave a chance to the second largest party, the Shiv Sena, in an offer made on Saturday. The NCP is the third largest party with 54 MLAs, while the Sena is second with 56 MLAs and the fourth with Congress 44 MLAs.
Shiv Sena’s Worli MLA Aaditya Thackeray, who was planning to be the CM, said: We told the governor that we’re willing to form the government. We asked him for at least two more days’ time but we weren’t given time. The claim (to form govt) wasn’t denied but the time was. We’ll continue to put in efforts to form govt in the state.”
Uncertainty arose after several Congress leaders questioned the wisdom of the central party leadership to support a Shiv Sena government. This is because the very survival of the Congress in many states, mainly the southern states, depends heavily on the support it gets from the minorities. Under Sonia Gandhi, the party has become more of a pro-minority party in the guise of its age-old claims vis-à-vis adherence to Secularism. Rahul Gandhi, who stepped into his mother’s shoes as Congress president, sat pretty on this pro-minority platform, knowing little that the majority community was further getting alienated from the Congress, and that this would be manure for the BJP’s growth in the Hindi belt.
The Kerala PCC chief Mullappally Ramachandran sounded the bugle against a Congress-Sena tie-up, and this was followed by a statement from former Congress party leader in Parliament Mallikarjun Kharge from Karnataka. Following this, the Congress central leadership developed cold feet over backing a Sena ministry.
There is little to show the NCP would be able to form a ministry. If it does, chances that both the Congress and the Shiv Sena would back it. Pawar is a crafty politician, but less crafty than the Amit Shah-Modi combine. Chances are also that this would be a hot potato for Pawar to keep in his mouth for long. A spell of president’s rule or dissolution of the assembly, or total chaos is the likely scenario in Maharashtra for now. –IHN-NN
INDIA HERE AND NOW www.indiahereandnow.comemail:indianow999@gmail.com