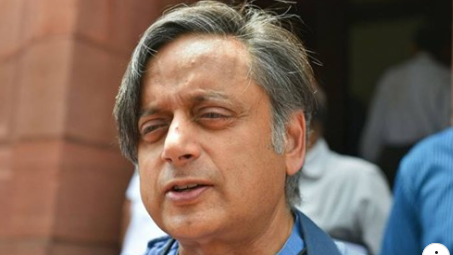 QUESTION: From neutralisation of Article 370 to triple talaq, how does the opposition deal with the agenda of the ruling camp?
ANSWER:There are a number of areas that Congress should focus on. We must continue to be a strong and constructive opposition, offering an alternative narrative of our own, calling for an inclusive India. We need to also explore pragmatic coalitions to strengthen the anti-government space.
At an ideological level, we must not make the mistake of allowing the BJP to monopolise the nationalist narrative. Congress must proudly articulate its own nationalism, even in the face of the bigoted polarising agenda that the present regime seeks to promote, and remain vigilant on security and foreign policy issues that could be mishandled by the BJP government.
Our nationalism is inclusive, a distinct contrast to the divisive “Hindi-Hindutva-Hindustan” agenda that is dividing the nation. And finally, we must articulate a vision for the future that embraces the aspirations of India’s majority – the young. They need to hear what we can do for them, especially in areas where the Modi government has so far failed them, like education, skill development and job creation. We need to implement policies in these areas in the states we rule and then advocate them at the Centre.
QUESTION: How does Congress deal with forthcoming issues like Ayodhya or Uniform Civil Code?
ANSWER: I don’t think the problem in either of these situations is necessarily the issue in itself but in its implementation. The Uniform Civil Code, for instance, was even considered by Jawaharlal Nehru to be a good idea in principle, but one that can only be implemented by taking all communities along. If it were to be imposed without consulting all stakeholder groups and purely as part of a larger communal agenda (as has been the case on multiple occasions with the present ruling regime), then it will be resisted at all costs.
The stand that I believe that Congress should and will take goes beyond individual issues such as Ayodhya, UCC or even triple talaq and the abrogation of 370. We believe in an India where all voices matter and should be heard. Which goes to say that when forces unleashed by the present regime seek to undermine the founding principles of this idea of India, whether it is with Ayodhya or UCC or any other issue, we must reject and resist these forces.
QUESTION: Do you think these issues could again trigger disarray in Congress as Article 370 did?
ANSWER: With regard to Article 370, I am not prepared to concede that the different opinions that were expressed within the party were a source of weakness or disarray. We are not hostage to the same kind of insecurity that is evidently present in the present ruling regime, where the whiff of a dissenting opinion is seen as a threat to the duopoly of the Modi-Shah regime. The manner in which it was implemented, the way our own fellow citizens were overnight clamped down upon by their own government, does not bode well for the future of our country.
QUESTION: Do you think there is a way out of the post-2014 polarised polity?
ANSWER: I do believe that Congress can offer the country a way forward from and beyond the politics of polarisation practiced by the BJP. There simply exists no other national alternative to the domination of the ruling dispensation – either in terms of a pan-Indian presence or in terms of the core ideology that animates it – other than Congress. I would welcome a continued emphasis on our economic arguments. The cracks caused by economic and fiscal ineptitude are not just showing but threatening to break out into an all-out eruption.
QUESTION: Tactically, has frontloading of critical political issues, triple talaq and 370, by BJP in its second tenure caught the opposition by surprise?
ANSWER: I do believe that the return of the BJP at the helm of government and the breathtaking speed with which it has subsequently introduced and cleared far-reaching legislation such as the RTI (Amendment) Bill, the UAPA Bill, triple talaq legislation and the abrogation of Article 370 during the last session of Parliament, have presented a fundamental threat to the future of our democracy. All this was done without constituting any Parliamentary Standing Committees, so that a record number of Bills were pushed through with only minimal parliamentary scrutiny.
Far more worrying, however, is the remarkable shift in pace in the ruling party’s ambition from their first innings to their second. They have gone from whispering about changing the Constitution to openly undermining it and from asserting control over independent national institutions to openly using them as instruments of their political agenda. The Opposition has largely been united in their rejection of these forces that the government seeks to compel all Indians to follow.
Courtesy: Facebook, Shashi Tharoor; The Times of India.
INDIA HERE AND NOW http://www.indiahereandnow.com email:indianow999@gmail.com