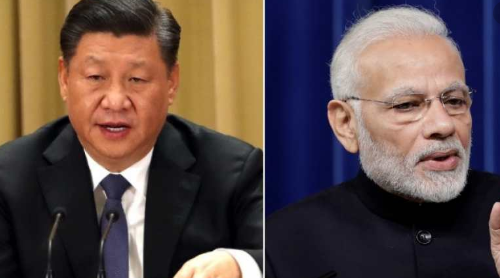 NEW DELHI: Chinese President Xi Jinping will visit India and confabulate with Prime Minister Narendra Modi and other top government functionaries in the second informal summit on October 11 and 12, scheduled in Chennai, the Indian government announced on Wednesday after Xi’s programmes were finalized here.
“At the invitation of the Prime Minister, the President of the People’s Republic of China Xi Jinping will be visiting Chennai, India from October 11-12, 2019 for the 2nd Informal Summit,” India’s foreign ministry said in a statement on Wednesday. The two leaders had their inaugural Informal Summit in Wuhan, China on 27-28 April 2018.
“The forthcoming Chennai Informal Summit will provide an opportunity for the two leaders to continue their discussions on overarching issues of bilateral, regional and global importance and to exchange views on deepening India-China Closer Development Partnership,” the statement said.
Modi and Xi met shortly after the PM started his first innings at the Centre in 2014, with highly publicized events involving the two i Gujarat, the PM’s home state. The meetings were given a personal touch by Modi, who took the familiarity forward with several meetings with Xi thereafter, some of them in China itself and some others on the sidelines of international meets. The two, by now, have a strong personal rapport, which is helping solve several bilateral issues in a spirit of mutual friendship.
In between, the two managed to avoid a confrontation when a tricky scenario arose in Doklam, where Chinese PLA soldiers began laying a road through Bhutan territory. India blocked the attempt immediately by marching its soldiers to the spot. India said the area was strategically important to New Delhi.
China is also cautious about getting involved in Kashmir, a bone of contention between India and Pakistan for ages, though Beijing helped Pakistan selectively in areas like diplomacy at global level. ==IHN-NN