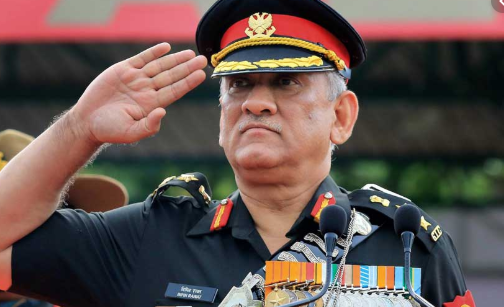 NEWS BIPIN KASHMIR
NEW DELHI: Army Chief General Bipin Rawat is visiting Srinagar on Friday to review the security scenario and preparedness of the security forces in the context of Pakistan’s activism on the western border and LoC. This is the first time the army chief is visiting the sensitive Jammu and Kashmir province after its status was changed from being a state to that of a Union Territory, following abrogation of Article 370 by the Union Government recently.
The government stresses that there is no serious law and order problem after the status change. Governor Satya Pal Malik said there were no civilian casualties in Kashmir after the historic abrogation. “We managed to keep things under control during Panchayat elections, Lok Sabha elections and even now. Every Kashmiri life is valuable to us,” he told the media a day ago in Srinagar.
The Modi government, in a bold move on August 5, abrogated Article 370 which, after Independence, gave autonomous status to the J and K even as it was designated a state. The province’s status was changed from a state to that of a Union Territory, or a centrally-administered state. Those from outside, including other parts of India, were not allowed to own property there as per the now-abolished provisions. The government has also made Ladakh, which was a part of the J and K state, into another Union Territory.
Pakistan, which staked claim for this part of Kashmir, alongside another part it already holds with it, was taken unawares. It is yet to frame a policy as to how to respond to the Indian action. Pakistan and India, as also neighbouring China, are nuclear-armed regional rivals. –IHN-NN
INDIA HERE AND NOW http://www.indiahereandnow.com email:indianow999@gmail.com