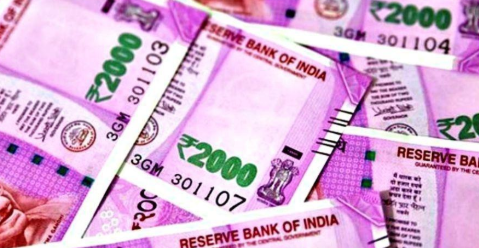 NEWS BANKS FRAUDS PANEL
NEW DELHI: In a fresh move, the Central Vigilance Commission (CVC) has constituted Advisory Board for Banking Frauds (ABBF) headed by former Vigilance Commissioner TM Bhasin to examine bank fraud over Rs 50crore and recommend action. The panel was earlier known as the Advisory Board on Bank, Commercial and Financial Frauds.
The ABBF, formed in consultation with the RBI, would function as the first level of examination of all large fraud cases before recommendations or references are made to the investigative agencies by the respective public sector banks (PSBs), CVC said in an order.
The four-member board’s jurisdiction would be confined to those cases involving the level of officers of General Manager and above in the PSB in respect of an allegation of a fraud in a borrowal account. Lenders would refer all large fraud cases above Rs 50 crore to the board and on receipt of its recommendation or advice, the bank concerned would take further action in such matter, it said. “Central Bureau of Investigation (CBI) may also refer any case or matter to the board where it has any issue or difficulty or in technical matters with the PSB concerned.”
Other members of the panel are Madhusudan Prasad – former Urban Development Secretary, D K Pathak – former Director General of the Border Security Force and Suresh N Patel – former MD and CEO of Andhra Bank. The tenure of the chairman and members would be for a period of two years from August 21, 2019. The board will also periodically carry out frauds analysis in the financial system and give inputs for policy formulation related to the fraud to the RBI.
Headquartered in Delhi, the Reserve Bank of India will provide required secretarial services, logistic and analytical support along with the necessary funding to the board. In a bid to check such incidences, the government has already issued the ‘framework for timely detection, reporting, and investigation relating to large-value bank frauds’ to PSBs, which makes it clear that all accounts exceeding Rs 50 crore, if classified as an NPA, should be examined by banks from the angle of possible fraud, and a report be placed before the bank’s Committee for Review of NPAs based on the findings of the investigation.
Besides, the PSBs have been advised to obtain a certified copy of the passport of promoters/directors and other authorised signatories of companies taking loan facilities of more than Rs 50 crore.. –IHN-NN
INDIA HERE AND NOW www.indiahereandnow.comemail:indianow999@gmail.com