NEW DELHI: Prime Minister Narendra Modi took off on a three-nation visit on Thursday, landing in France later in the day for high-level meetings with President Emmanuel Macron and other leaders. The Prime Minister would discuss matters of defence acquisitions as also details of setting up of the Jaitapur nuclear power plant with French cooperation with his French counterpart Edouard Charles Philippe. 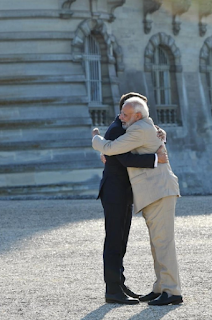 The PM would also address the Indian community at the UNESCO headquarters in Paris.

The Prime Minister will leave for the UAE on Friday and receive the Order of the Zayed, UAE’s highest civilian honour. Among others, the PM would meet UAE crown prince Sheikh Mohammed bin Zayed Al Nahyan. On Saturday, Modi would fly to Bahrain, which will be the first visit of an Indian prime minister to the prominently placed Gulf state which was the financial nerve centre of the Gulf before Dubai emeged as a bigger financial hub. The PM would hold discussions with his counterpart Prince Shaikh Khalifa bin Salman Al Khalifa.
He would also launch the renovation of the Sreenathji Sree Krishna temple in capital Manama. Modi would be in Bahrain for two days, after which he would head back to France to attend the G7 Summit. –IHN-NN
INDIA HERE AND NOW www.indiahereandnow.com email:indianow999@gmail.com