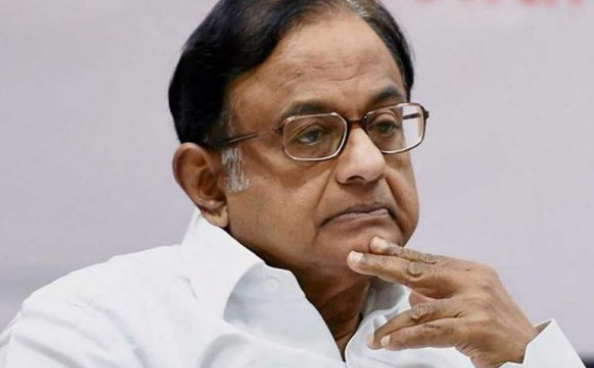 NEWS CHIDAMBARAM
NEW DELHI: Former Union minister P Chidambaram is likely to be arrested soon. His plea for anticipatory bail was rejected by the Delhi high court on Tuesday, in relation to the INX Media case. A CBI team visited his house here in the evening, but Chidambaram was not present. It left a notice there, asking the former minister to present himself at the CBI office within two hours of seeing the notice.

The case is that Chidambaram as finance minister helped in a wrongful manner the company’s efforts to get foreign funding in 2007, and took bribes from the company for the help he gave it. CBI emailed a copy of the arrest warrant to P Chidambaram. Two or three CBI sleuths were waiting at the house on Tuesday night, to take matters forward.
The high court said that prima facie it found Chindambaram to be the kingpin and key conspirator in the case. It noted that an anticipatory bail had been granted to the MP last year, but he did not cooperate with the inquiry into the case. He does not deserve anticipatory bail again, the court said. –IHN-NN
INDIA HERE AND NOW www.indiahereandnow.com email:indianow999@gmail.com