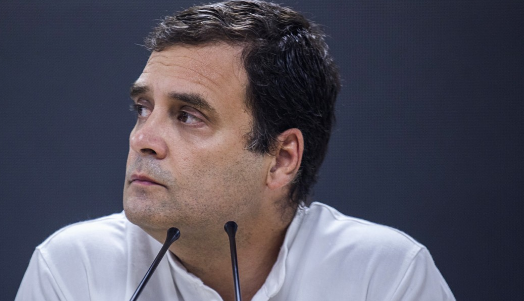 NEWS KASHMIR RAHUL
NEW DELHI: After a day’s silence, Congress leader Rahul Gandhi on Tuesday came up with sharp criticism of the Modi government’s legislative push to further integrate Kashmir with India – a scenario watched by world powers with noticeable silence. Rahul Gandhi said the government move would have “grave implications” for national security. His comments came amid confusion in Congress ranks over the Kashmir bills, with some Congress leaders backing the government steps.
“National integration isn’t furthered by unilaterally tearing apart J&K, imprisoning elected representatives and violating our Constitution. This nation is made by its people, not plots of land,” he wrote on Twitter.
Members from the Congress party, as also the Left which sings the tunes of the Congress, opposed the legislation on Kashmir in Parliament. Congress did not vote in favour in the Rajya Sabha on Monday, and would not do so in Lok Sabha today when the bills of bifurcation of Ladakh and scrapping of Article 370 and Article 35A of the Constitution were under discussion leading to a voting.
All of those in the Congress party are not opposing the bill. P Chidambaram sharply criticised the bill in Rajya Sabha on Monday. While Gulam Nabi Azad, senior politician from Kashmir, trashed the bills in Rajya Sabha, some Congress members like Janardhan Dwivedi backed the government move. He said his mentor, Ram Manohar Lohia was against Article 370. “A mistake of the past has been corrected,” he said, welcoming the government move. Congress leader Deepender Hooda also welcomed the government move. Another Congress leader Manish Tewari termed the government action a constitutional travesty.
While Kashmir remained calm, in the face of heavy security drills, there were celebrations by pro-Hindu outfits in Jammu region on Monday. Activists in Bengaluru staged a protest against the bills on Tuesday. The CPIM has called a protest too. IHN-NN
INDIA HERE AND NOW www.indiahereandnow.comemail:indianow999@gmail.com