NEW DELHI: In a fast-unfolding scenario in Jammu and Kashmir, former chief ministers Mehbooba Mufti of the PDP and Omar Abdullah of the National Conference have been put under house arrest. The detention comes in the backdrop of an additional deployment of about 40,000 security personnel in the state, abrupt suspension of the Amarnath Yatra and some other religious events, and holding of important meetings by home minister Amit Shah and Prime Minister Modi to discuss Kashmir situation.

Also arrested was a senior politician Sajjat Lone. Internet services were suspended in the state since Sunday night. Ban orders under Section 144 have been imposed on Srinagar. PM Modi held a meeting of the Cabinet Committee on Security on Monday, followed by a cabinet meeting.
Omar Abdullah tweeted last night: “To the people of Kashmir, we don’t know what is in store for us but I am a firm believer that what ever Almighty Allah has planned it is always for the better, we may not see it now but we must never doubt his ways. Good luck to everyone, stay safe & above all PLEASE STAY CALM.” He added: “Allah Save Us.”
Meanwhile, on Sunday, leaders of the mainstream political parties in Kashmir held an all-party meeting in Srinagar to take stock of the situation after the state administration asked all tourists and pilgrims to get out of the state immediately, and certainly before Monday. The authorities stepped up security deployment at vital installations and sensitive areas and a high vigil is on against Pakistani actions along the Line of Control (LoC).
As many as seven BAT commandos from Pakistan were shot down by the Indian security forces near the border area inside the Indian side when an attempt at infiltration by desperados linked to the Pakistani Army was foiled. Bofors guns with high fire power were used in the Indian attack. Government sources said there was an attempt from the Pakistani side to disrupt the Amarnath Yatra, which had been attacked in the past years too by terrorists sent in from Pakistan. However, this is not the only reason for the large-scale induction of additional forces in the state, observers suspect.
Speculations are that the Union government might abrogate Article 357 that gives autonomous status to Kashmir, or at least remove Article 35A that grants special privileges to the locals in Kashmir. 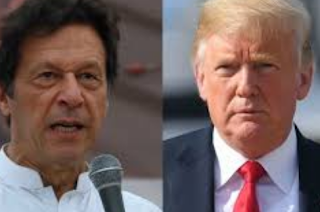 The situation in Kashmir is likely to worsen in the context of the increased activity in the entire Pakistan-Afghanistan region by terrorist outfits like the IS, the Taliban and Pakistan-based terrorist organisations fighting for Kashmiris, in recent times. With the US seeking to exit from Afghanistan, the scenario there could further worsen as well.

A visit by Pakistan prime minister Imran Khan to US a week ago saw President Trump offering to mediate between India and Pakistan on the Kashmir issue. Khan prevailed upon Trump to extend help on the claimed ground that Kashmir is the central issue that needed to be resolved to restore peace in the entire region. India stands by its long-established policy that this is a bilateral issue and mediation by a third party is not welcome.

The NDA government, which won a huge mandate for the second time in the 2019 Lok Sabha polls, feels time is running out on Kashmir issue, and urgent action to set things right there was a must. The Narendra Modi-Amit Shah combine is currently into consultations with top security heads and National Security Adviser Ajit Doval to finalise the action plan. IHN-NN