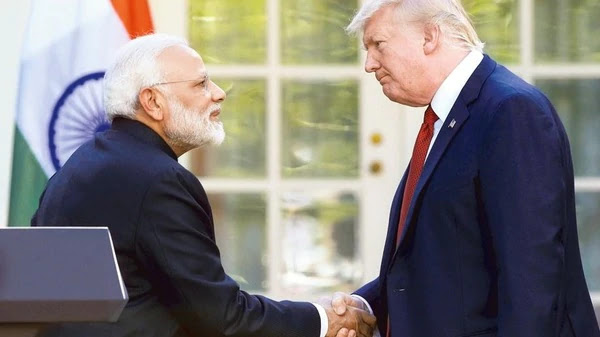 NEWS INDIA US TRADE TARIFF WAR
NEW DELHI: In a swift tit-for-tat, India would impose retaliatory tariffs — or additional customs duty — on as many as 29 US products, after the Trump Administration withdrew duty-free benefits for goods sent to the US from India, under its Generalised System of Preferences (GSP) effective from June 5. The tariff hikes, or raise in import duties, effected by the US are on Indian goods related mainly to Aluminium and steel. The 29 products include almonds, walnut, pulses
The retaliatory action by India, by way of hiked tariffs, would come into force from June 16. Reports noted that India had repeatedly been postponing imposition of higher tariffs on import of goods from the US of the order $235million on goods worth $1.4billion, since June 2018. China too had acted against the US in a similar manner, and in a similar context. The Indian decision comes 10 days before external affairs minister S Jaishankar meets US secretary of state Mike Pompeo in New Delhi.
Notably, Prime Minister Narendra Modi and US President Donald Trump would be meeting at the G20 Summit in Osaka, Japan, on June 28-29. Trump had denounced Indian actions like imposing a 50 per cent duty on US products like Harley-Davidson motorcycles. IHN-NN
INDIA HERE AND NOW http://www.indiahereandnow.com email:indianow999@gmail.com