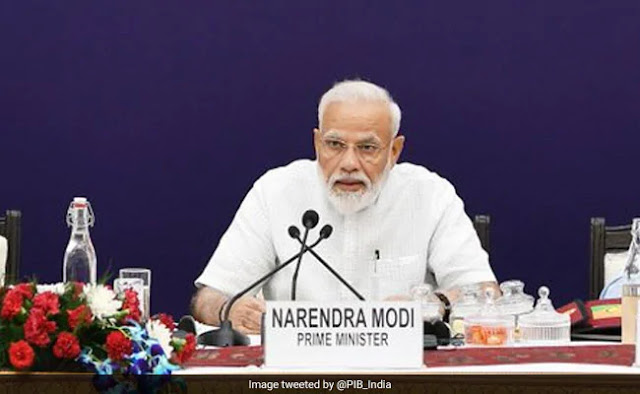 NEWS NITI PM
NEW DELHI: Prime Minister Narendra Modi told the Niti Aayog meet here on Saturday, attended by chief ministers and economists, that development and economic growth are priorities for his government, and this must be achieved in an all-inclusive manner, matching the slogan, Sab Ka Saath, Sab Ka Vikas.
The Prime Minister said that the aim was to turn India into a $5trillion economy by 2024, and this could be achievable with able support from states, the PM said.
He called for united efforts from all concerned to achieve the aims, and said all divisions must end now that the Lok Sabha polls were over. Chief ministers of West Bengal and Telangana, Mamata Banerjee and K Chandrashekar Rao were not present. Banerjee boycotted the meet, saying she was against the disbanding of the Planning Commission; KCR was busy holding a series of meetings with officials in Hyderabad, as his office explained. IHN-NN
INDIA HERE AND NOW www.indiahereandnow.comemail:indianow999@gamail.com