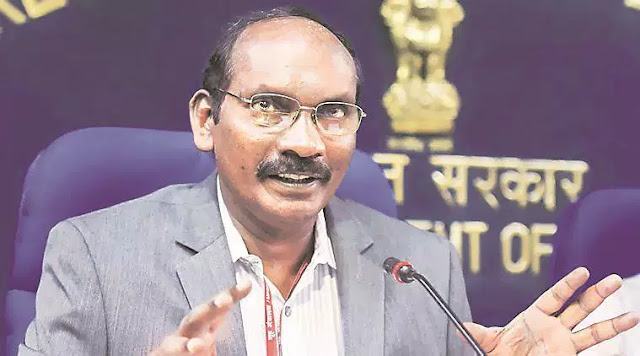 NEWS SIVAN ISRO
NEW DELHI: India plans to join a select club of nations in the Space race and launch its own space station, the target being 2030. ISRO chief K Sivan said here on Thursday that a 20-tonne space station is fashioned in a way that it should be used to conduct microgravity experiments. The space station could accommodate astronauts for some 15-20 days.
Sivan said the ISRO’s present focus is on India’s second mission to the moon, Chandrayaan-2, which will take off on July 15, and land near the South Pole of the Moon. Chandrayaan-1 mission was launched 10 years ago.
More details of the Space Station can be provided after India’s planned first manned mission, Gaganyaan, which could be up in the sky by 2022. As of now, there are space stations of the US, Russia, China and a consortium of nations that own the International Space Station. For Gaganyaan mission, the Centre has sanctioned a Rs 10,000crore fund.  –IHN-NN
INDIA HERE AND NOW http://www.indiahereandnow.com email:indianow999@gmail.com