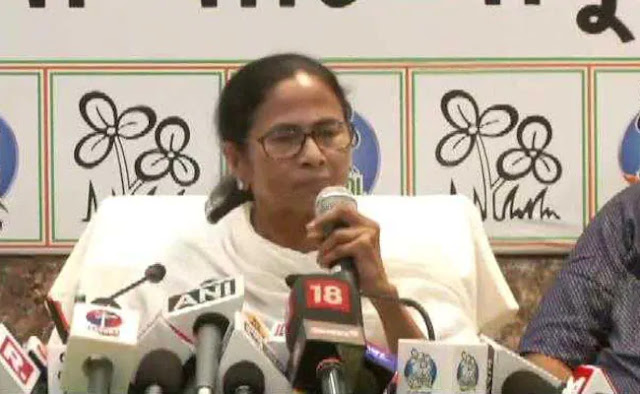 NEWS VIOLENCE BENGAL
KOLKATA:  West Bengal is turning into killing fields. Five persons were killed – two BJP and three TMC men – in the past three days in the aftermath of the Lok Sabha polls, leading to speculation that the Centre might intervene in West Bengal. Union home minister Amit Shah is watching the scenario with considerable anxiety and concern, BJP sources here said.
The meeting held in Delhi on Monday by West Bengal Governor Keshari Nath Tripathi with Prime Minister Narendra Modi and home minister Shah led to speculation that strong actions might be contemplated by the Centre to deal with the situation in West Bengal. However, for now, the Centre would mainly watch how the scenario develops here. State BJP chief Mukul Roy, who condemned the incidents, however dismissed reports about a likely imposition of President’s rule as baseless.
After the political violence in Basirhat in which two BJP activists and one TMC man were killed on June 8, violence erupted in Bhatpara in 21 North Parganas district in which two TMC activists were killed. Bombs were hurled at them, police said. Another TMC activist was done to death in Galsi in East Burdwan district.
In Galsi, over 100km from Kolkata, one Jaideb Roy was attacked and killed on the road while he was heading for his home from the local railway station. He died in a hospital Tuesday. Two TMC party supporters who tried to save him were also attacked. The two BJP workers who died in violence were Pradip Mondal and Sukanta Mondal. The TMC activist was Kayum Mollah.
Chief Minister Mamata Banerjee warned the Centre against attempts to interfere in the state’s governance or disrupt her government. “A wounded tiger is worse than a dead tiger,” she said.–IHN-NN
INDIA HERE AND NOW www.indiahereandnow.comemail:indianow999@gmail.com