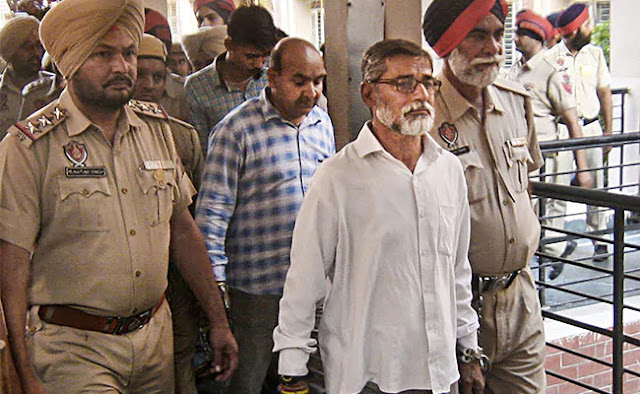 NEWS KATHUA VERDICT
NEW DELHI: Three prime accused in the Kathua rape and murder case have been given life imprisonment by the court of district and sessions judge. Three other convicts have been sent to five-year jail. The sensational case involves the kidnap, sedation and gang-rape leading to death of an eight-year-old tribal girl from Kathua in Jammu and Kashmir. The incident happened in a place of worship.
A political and communal colour was added to the incident and attempt made to turn the case against the BJP. A local CPIM leader was in the forefront to allege that the incident was pre-planned with a view to driving out a sect of Muslims from the area. Due to the sensitivity of the matter, the case was moved from Jammu to Pathankot in Punjab state for trial and verdict. The three main convicts were Sanjhi Ram, Deepak Khajuria and Parvesh Kumar.
The order was issued by district and sessions judge of Pathankot, Tejwinder Singh. The prosecution said an appeal would be filed against the court order, as capital punishment for the accused was expected. IHN-NN
INDIA HERE AND NOW http://www.indiahereandnow.com email:indianow999@gmail.com