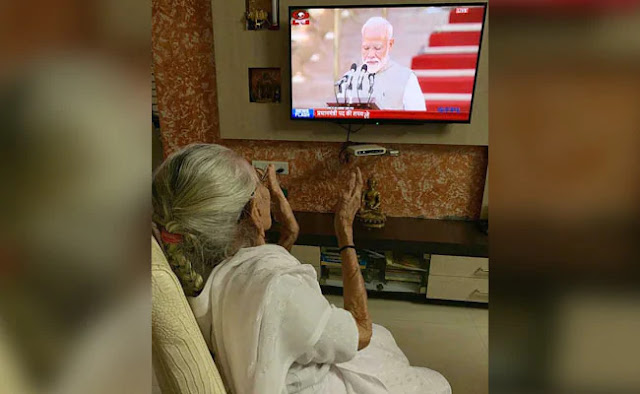 NEW DELHI: Prime Minister Narendra Modi’s mother, Hiraben, watched the swearing in of her son as Prime Minister for a second time in New Delhi Thursday evening, from her home in a village near Gandhinagar in Gujarat. She clapped her hands in pride as her son took the oath of office from President Ram Nath Kovind. Modi had met his mother and took her blessings at the home last week during his visit to Gujarat. Hiraben lives with her younger son Pankaj Modi in Raisan village.Hiraben had cast her vote on April 23, at age 98. –IHN-NN