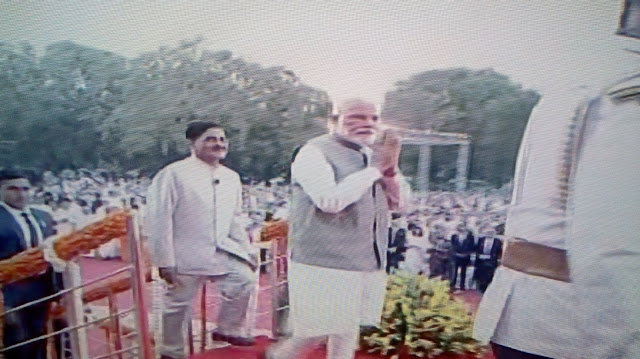 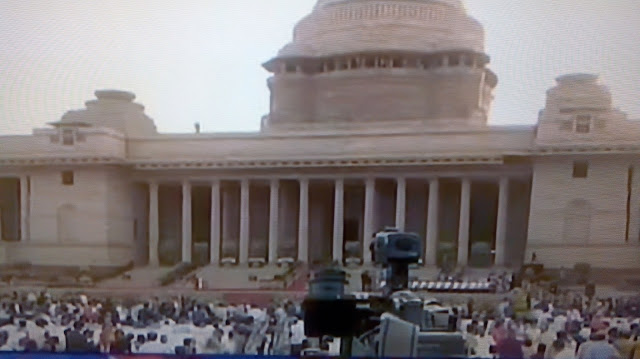 NEW DELHI: BJP leader Narendra Modi was sworn in as Prime Minister for a second term, at a glittering event at Rashtrapati Bhavan on Thursday evening, an event watched by a 6000-strong special invitees including foreign dignitaries, business honchos, Bollywood celebrities and other VVIPs from across the nation.

A large assembly of invitees waited with bated breath to usher in the new Modi government on the lawns of Rashtrapati Bhavan as President Ram Nath Kovind read out the oath of office to Modi and his team of ministers. Among the top leaders attending the event were Congress party’s Sonia Gandhi and Rahul Gandhi, as also former PM Dr Manmohan Singh. Also present prominently was former President Pratibha Patil. The President’s wife, Savita Kovind.

From the BJP side, top leaders like LK Advani were present; so did other political stalwarts like Mulayam Singh.

Around 7,000 invitations had gone out for the event, which will be witnessed by a battery of foreign leaders from around the region, as also those from the entertainment industry, business honchos of top industrial firms, and other dignitaries. –IHN-NN 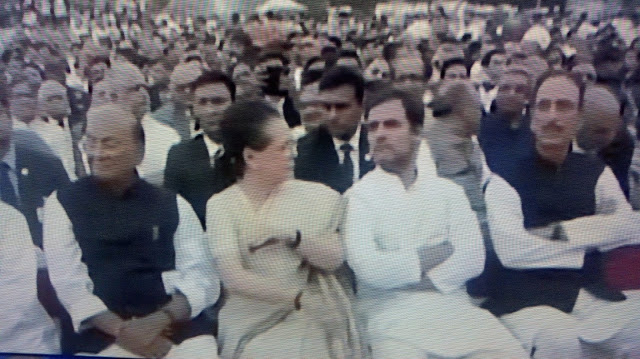 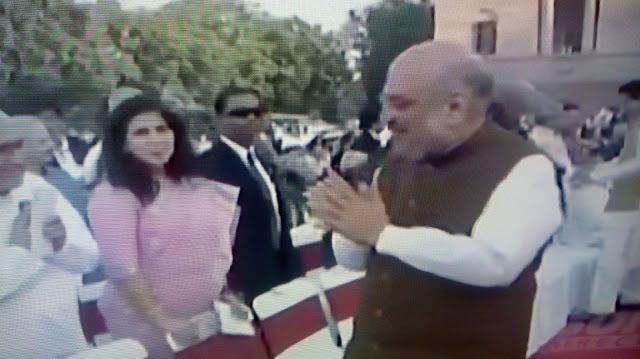 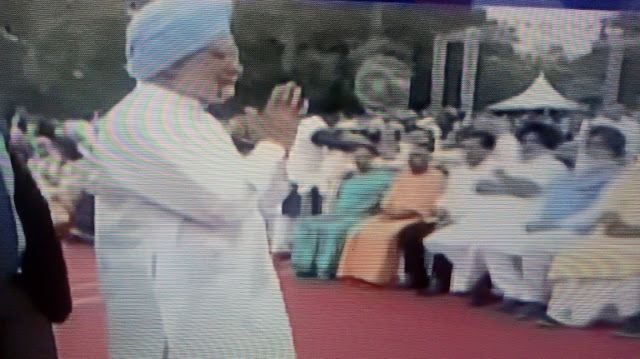