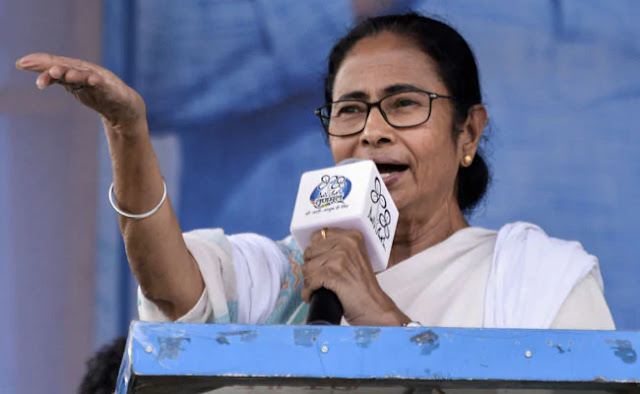 KOLKATA: Chief Minister Mamata Banerjee has accepted an invitation from Prime Minister Narendra Modi to attend his swearing-in ceremony at Rashtrapati Bhavan on May 30, Thursday. She has confirmed her presence. Modi has invited other chief ministers too for the swearing-in ceremony.

Sixtyfour-year-old Mamata Banerjee, who was going out of her way to get support from various opposition groups to realise her dream of grabbing the PM post can now have the luxury of watching a PM being sworn in.

She has been adopting a two-pronged approach towards PM Modi in the past five years. While she was openly abusing him — once she called him a monkey, from a public platform — day in and day out, she had also refused to attend phone calls from the PM to discuss the flood situation recently, saying he was in exit mode from the PM’s chair. Recently, she had called Amit Shah and Modi goons, after a statue of a prominent reformist leader fell in the course of a fight between TMC and BJP activists during Amit Shah’s road show before the polls.

Alongside, quietly, she had been trying to keep the PM happy too. She was sending him kurtas and Rasgolas on special occasions like Durga Puja, somewhat quietly, and PM Modi himself revealed this on a recent occasion and thanked her for that. Retorted Mamata, “Bengal will give him rasagolas made of mud, but would not give him vote.”

With the BJP winning 18 Lok Sabha seats from the state this time, against two in 2914, Mamata was stunned. All the same, she is putting on a brave front.  Indications are that there will be mass defections from her party to the BJP, even of elected representatives. Three MLAs have joined the BJP on Tuesday at a welcome event organised in Delhi.

Among the invitees for the swearing in of PM Modi for a second term, at Rashtrapati Bhavan on May 30, are Tamil super stars, Rajinikanth and Kalmal Haasan.

DMK leader MK Stalin said he would not be attending the ceremony, and would instead send some senior DMK leader. Chief minister E Palaniswamy and his deputy O Panneerselvam are likely to attend. Only one AIADMK nominee has been elected to Lok Sabha from Tamil Nadu this time, in what was a somewhat total washout for the AIADMK. The victor was OPS’ son in Theni LS constituency. OPS is angling for a berth for his son in the Union ministry.
IHN-NN