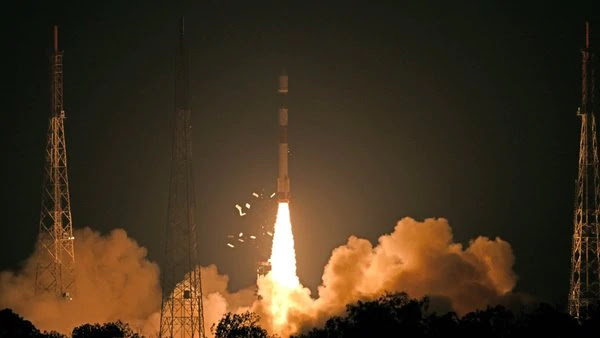 NEW DELHI: Indian scientists achieved a major feat Wednesday, when ISRO launched spy satellite RISAT-2B, which is capable of all-time and all-season clear viewing of intended sites on Earth. “Clear viewing from the sky is possible during day, night and even under adverse weather conditions,” scientists said.
The launch was done at 5.30am.ISRO chief Dr K Sivan termed it a “fantastic mission.” This will be of help to defence sector too in correctly identifying targets when the IAF undertakes a mission on foreign soil or in the skies.RISAT- 2B will have a life of five years.
RISAT=2B was developed at the Space Application Centre in Ahmedabad.The satellite weighs 615kg. So far, ISRO has sent 354 satellites into the orbit. Dr Sivan said RISAT-2B has special imaging capabilities. It is equipped with special X-band radar capable of providing images with high clarity.
India’s RISAT-1 C-Band radar, an imaging satellite, exhausted its operations in 2017. RISAT-2, a 300-kg satellite with an X-band radar, had been launched after the 2008 Mumbai attacks, which is still operational.
Notably, Pakistan had launched the PAKTES-1A satellite, which is also an X-band radar-enabled satellite with Chinese Long March rocket, on July 9, 2018.
Scientists at ISRO are meanwhile preparing for the next launch – the Chandrayaan-2 mission. The scheduled date of launch will be around middle of July. Chandrayaan-2 would reach up to the South Pole of the Moon. –Agencies, IHN-NN
INDIA HERE AND NOW http://www.indiahereandnow.com email:indianow999@gmail.com