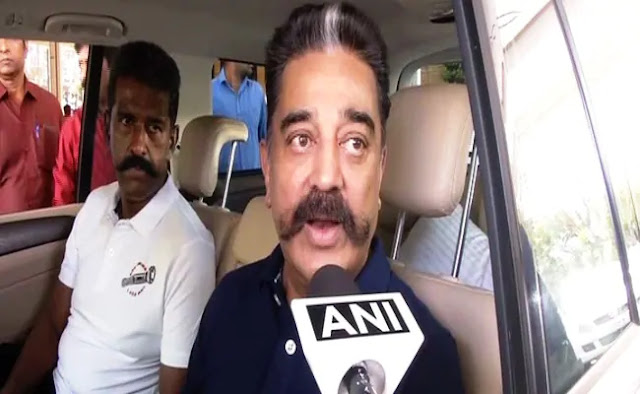 CHENNAI/ NEW DELHI: Southern superstar Kamal Haasan obtained anticipatory  bail from the Madurai bench of the Madras High Court on Monday, after an FIR was registered by a local outfit against him, for saying “the first terrorist in India was a Hindu.”

His reference, some days ago, was to the killing of the Father of the Nation, Mahatma Gandhi, in January 1948 by Nathuram Godse, a Hindu activist with alleged allegiance to some pro-RSS outfits. Kamal Haasan stated on Monday that he stood by what he had stated.

Hindu outfits were quick to register their protest, saying Haasan was trying to impress the Muslim population, after his recent political entry with the aim of winning power in the next assembly polls in Tamil Nadu in 2022.

Godse assassinated Gandhi by gunshot wounds while the Independence movement leader was doing his daily prayers at the Birla Mandir in New Delhi.

Meanwhile, BJP motormouth, Sadhvi Pragya Thakur stated, in response to Haasan’s observation, that Godse was a “deshbhakt,” meaning patriot. Prime Minister Narendra Modi was among those who have condemned Pragya’s statement. Pragya, thereafter, went into “silent” mode, saying she was observing a Maun Vrut. A case has been filed against Pragya for seeking to disturb peace in the country.

BJP claims to uphold Gandhian Socialism as its guiding principle, as this was made part of the party’s constitution at its formation in Mumbai in the 1980s. IHN-NN