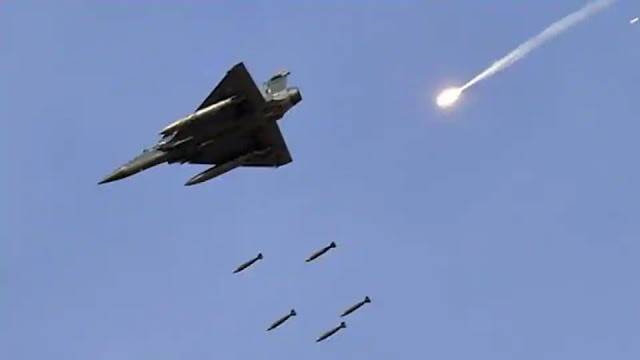 NEW DELHI: Tension along the border escalated Thursday as Pakistani fighter jets tried to enter Indian airspace and were driven back by IAF counter-offensive. This happened a while after Pakistani forces violated ceasefire in the Poonch sector. Pakistani soldiers resorted to heavy shelling, and Indian forces retaliated in equal measure. This was the seventh consecutive day of violation of the ceasefire pact, by the Pakistani forces.

Prime Minister Narendra Modi will chair a meeting of the Union Cabinet after 6pm, to take stock of the situation and decided on effective counter-hits.
IMRAN FOR TALKS: Meanwhile, Pakistani foreign minister Shahi Mahmoud Qureshi told a Pakistani TV channel that prime minister Imran Khan would like to talk to Prime Minister Narendra Modi.
A top US security official had a telephonic conversation with National Security Adviser Ajit Doval Wednesday night.
Security forces meanwhile said as many as 10 Pakistani jaish terrorists in over a week’s time, officials said.
SPACE MIGHT: India has nearly 40 fighter jet squadrons, while Pakistan as around 30. Each military squadron consists of over 10 fighter jets.
India has over 2,000 fighter aircraft, while Pakistan has over 1,200. Of this, on the Indian side, nearly 600 are fighter jets or interceptor jets, while on the Pakistan side, the Islamic nation boasts of over 300 fighter jets and interceptors. India has over 800 attack jets while Pakistan has over 400.
FIGHT WITHIN PAKISTAN
The Pakistani TV channels are training their guns on Prime Minister Imran Khan and the political establishment for allowing situation to reach this pass. Several commentators are asking the government why it allowed Jaish  and other terrorist organisations to operate in a big way, as is revealed after the Balakot surgical strike by India on September 26. –IHN=NN