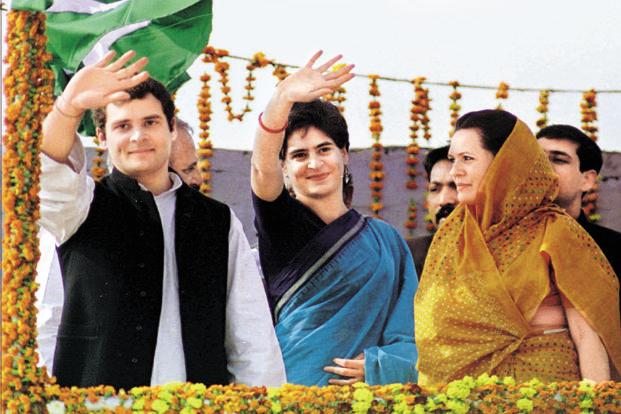 NEW DELHI: In a new move that is set to fire up the pre-poll electoral scene across the nation, the Congress party on Wednesday introduced Priyanka Gandhi, sister of Rahul Gandhi, as General Secretary of the party, who would be in charge of eastern Uttar Pradesh party affairs and campaign. This would also ensure that the upcoming Lok Sabha campaign scene across the nation will be electrified with the presence of the more affable Priyanka, with able organisational support from brother Rahul Gandhi as party chief.

A statement released by the party here also said senior AICC functionary KC Venugopal, an MP from Kerala, will be the general secretary, organisational affairs, in place of Ashok Gehlot who has been made chief minister of Rajasthan.

Across the political spectrum, Priyanka with her infectious smiles had been seen as a trump card for the Congress party to revive its old fortunes.

Priyanka Gandhi had occupied no party position so far, but she was actively involved in decision-making from the backroom, along with mother Sonia Gandhi and brother Rahul Gandhi, for many years now. On her part, she was reticent to come forward, also as her husband, Robert Vadra, is embroiled in land-related scandals vis a vis his huge realty sector presence. Among other things, he had been accused of manipulations to get government lands at cheap rates when the Congress government ruled the state before 2014.

Reports had said it was Priyanka Gandhi who had successfully persuaded Sachin Pilot in Rajasthan and Jyotiraditya Scindia in Madhya Pradesh to step aside from their claims for chief minister posts in the two states after the recent assembly polls.

The elevation of Priyanka Gandhi is seen as a master stroke on the part of Sonia Gandhi, though the decision was made formally by party chief Rahul Gandhi. Congressmen were not all that comfortable with the leadership styles of Rahul Gandhi, and his presidentship came as a fait accompli as mother Sonia Gandhi favoured her son succeeding her as party chief. There had been clamour for Priyanka for quite some time, which settled down for a while after Rahul took over as party chief.

It would appear that Prime Minister Modi will have a more formidable rival on the campaign scene once Priyanka Gandhi enters the scene from February 1. Though she is made in charge of only eastern Uttar Pradesh, it is a safe guess that she would be fielded for the campaign across India. IHN-NN